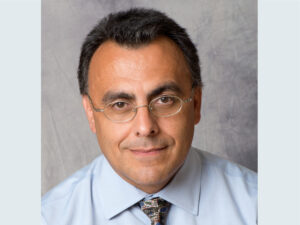 Dr. Fernando Delgado is the current president of Lehman College, overseeing a diverse population of 15,000 students in New York City. It is fitting that Dr. Delgado now serves a student body that is made up of 60% first generation college attendees as he was a first generation college student himself. He received his B.A. in Political Science from San José State University, and he received both his M.A. and Ph.D. in Communication Studies from the University of Iowa. Dr. Delgado’s research focuses on Latinx identity, intercultural communication, and sport in society.

Dr. Delgado has worked in academic administration for almost 20 years, beginning his career at Arizona State University. He was an academic dean at Minnesota State University, Mankato and at Hamline University in St. Paul before serving as vice chancellor for academic affairs and provost at the University of Wisconsin at River Falls. Prior to joining Lehman College, he was executive vice chancellor for academic affairs at the University of Minnesota Duluth for five years. He has worked with many organizations involved with college administration, including the American Council on Education (ACE), the American Association of State Colleges and Universities (AASCU), and the Association of Public and Land Grant Universities (APLGU). Dr. Delgado will bring his expertise in strategic planning and management to Random Acts.