No matter what age you are, sometimes all it takes to revisit your childhood is picking up a nostalgic hobby. Random Acts Regional Representative for UK South Tobias Palfrey has always felt a connection to wildlife. He felt inspired by Wild Ken Hill in Norfolk, East Anglia, a site famous for the British documentary Springwatch, which has brought a focus to their wildlife for nearly 20 years.

“Years of being able to step out my door and immediately into nature is a privilege I try not to take for granted,” Tobias said. “As a child, I was forever bringing home sick or injured wildlife knowing that if it was not something they could recover from with a bit of rest, local centers such as RSPCA East Winch would do all they could.”

Claws and Effect: Burning of a Sanctuary

RSPCA Wildlife Centre at East Winch stepped in following a heat wave at the site in July this year, with wildfires burning over 80 acres of conservation land in 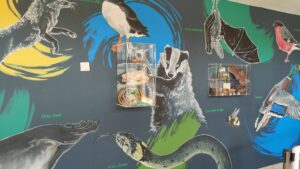 Norfolk. “When I saw the news, I was devastated, especially seeing a conservation area less than 20 miles from my house go up in flames and hearing about a significant amount of wildlife casualties,” Tobias said.

The ‘Red List,’ an inventory of animals close to extinction, provided insight into who needed the most care. Two of those included the Turtle Dove and the Grasshopper Warbler. An online wishlist became available with items such as safety equipment and crates to move injured animals to a refuge. Knowing he would like to help, Tobias reached out to receptionists Sarah and Rachel. They proposed acquiring the items that were unlikely to be bought due to costs and an uncommon connection to the rehabilitation center. One of these items was an atomization tent. It helps animals with their breathing! 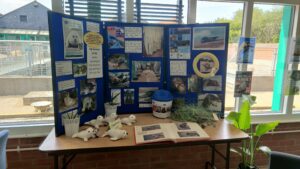 Tobias’ mother, Sharon, helped with the delivery of the items to the center, where Evangelos was there kindly waiting. They were thrilled with Tobias’ generosity, inviting them to explore their new shop and educational center, which would not be open to the public until later. This new section of the East Winch Centre has three main features. It gives a behind-the-scenes look at the carers helping the animals get back on their claws, outside tanks displaying seal pups, and an aviary where one can spot young seabirds.

“I love all the acts I do with Random Acts, but this particular one brought me happiness all the way from my childhood and my first rescues of hedgehogs and wild birds,” Tobias said.

Has there been a time recently when you were able to put a little kindness out into the world while healing your inner child? We would love to hear about it, or, better yet, help you with its process. Our lovely local Random Acts Regional Representative can be the listening ear to talk to, turning your idea into one of our Sponsored Acts.