The Culture Behind Indigenous Food Insecurity

“Food is a gift from the Creator; in this respect, the right to food is sacred and cannot be constrained or recalled by colonial laws, policies, and institutions. Indigenous food sovereignty is fundamentally achieved by upholding our sacred responsibility to nurture healthy, interdependent relationships with the land, plants, and animals that provide us with our food.” –Working Group on Indigenous Food Sovereignty 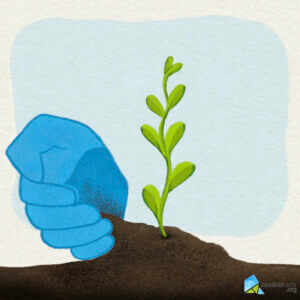 As part of Random Acts’ commitment to global food equity in 2021, we want to acknowledge the place that Indigenous Peoples have in this conversation.

It is important to note that, according to the United Nations, there are over 370 million Indigenous Peoples that speak more than 4,000 languages across 90 countries in the world today.  This means that we will not be able to speak to one specific culture, but to general practices that are important to Indigenous Peoples and their relationship to food sovereignty overall.

If this is your first time reading about food equity and global hunger, we recommend reading this article defining those terms before continuing onward.

Indigenous Peoples and Their Relationship To Food Systems

As a colonized community, Indigenous Peoples have had to assimilate to a changing landscape, brought on by forces outside of their control. This has included changes and losses of animals and plants and ultimately has resulted in negative health effects to Indigenous Peoples and their communities.

Many Indigenous Peoples depend upon traditional food systems rooted in historical continuity in their regions, but foods purchased from markets and the global industries have joined their food systems today as well.

The Disruption of Indigenous Food Sovereignty

The relationship that Indigenous Peoples have with food inherently is linked to the land that it comes from. As such, with the changes and upheaval that came with colonization and displacement, many Indigenous Peoples have lost the knowledge and food systems that they once depended upon. The FAO states that colonization “features as a prominent determinant of poor health” because of this disruption.

In fact, according to the National Indian Council on Aging, on reservations, such as the Navajo Nation, the largest one in the United States, are actually food deserts: “There are just 10 grocery stores serving the 150,000 Navajo people living there — one grocery store for every 15,000 people.”

Meanwhile, in the arctic regions with the Inuit Peoples, they are facing another kind of desert: climate change. It threatens their way of life as they risk losing their most culturally significant subsistence species, leading to an arena where the people with the lowest carbon emissions are facing the greatest impacts of climate change.

In both cases, community projects and food networks exist alongside traditions like storytelling from the elders of the community to inspire the next generation to find an appreciation for traditional foods and diversity in their diet outside of processed foods.

As we discussed in our previous article, food sovereignty begins with the policy movements to enact change from a grassroots level. Food justice is a structural movement in the United States similarly focused on making cultural foods available to all without barriers. These efforts especially highlight and support Black and Indigenous communities to bring them closer to food equity and security.

According to the FAO, Indigenous Peoples require 5 elements to feel that they have reached food equity and security in their communities:

This leads to the firm belief that “Indigenous Peoples’ right to food is inseparable from their rights to land, territories, resources, culture and self-determination” which can only be achieved through a “human rights-based approach.”

An example of such an approach is that of the Nuxalk Nation. The Nuxalk Food and Nutrition Program, an intervention in British Columbia, Canada, saw that the Indigenous Peoples there had begun to adapt to the twentieth century with “less use of traditional food and greater reliance on processed and less healthy food, combined with a more sedentary lifestyle.” After the intervention, the Nuxalk returned to the fruit and vegetables that would have been part of their original diet, strengthening their community from childhood onward.

Food-based interventions require a lot of work at the community level and tackle a variety of issues such as “resource allocation,  capacity building and behavior change to improve food availability and use.” But it is not impossible; in fact, it may be more achievable than we realize with urban farming, community gardens, and more.

While it is daunting to begin to change a community from the inside out, there are steps we can take to begin to make small, steady changes. Raising awareness about achieving food equity and food security can start simply. Anything from community workshops or school classes to teach about local foods, fishing, farming, game, and gardens can be done locally through community-based programs or even at a governmental level. Another option is to support organizations like Native American Food Sovereignty Alliance that give to Indigenous communities directly or other projects like Seeding Sovereignty, who are currently trying to launch several Indigenous Impact Community Care Initiatives like the Ancestral Acres Farm and Garden, which is currently trying to raise $10,000 to give back to Indigenous and Black communities in New Mexico by stewarding Tiwa land.

At Random Acts, we believe that learning how Indigenous Peoples are uniquely impacted by food insecurity is not only important for us to better understand how to help them and their communities, but also to recognize how we can fight global hunger overall.

As we continue to highlight communities fighting for food justice this year, we ask that you look around at local, statewide, nationwide, and global initiatives to see how you can get involved in the fight for global food equity. We thank you for taking the time to educate yourself. Even if you do not have the ability to support these initiatives monetarily, you can join us and apply for funding to help out with Urban Farming Operations, Community Gardens, and Food Redistribution in your community.

You can also share this article and other resources to help spread the word and raise awareness of food insecurity in Indigenous communities.To learn more about our global food equity initiative and the ways in which we can help support your communities, we ask that you stay tuned for announcements by checking our news feed for updates and consider subscribing to receive news right to your inbox.