In September of last year, we announced an exciting new award program, Class Act, for schools and classrooms worldwide. Teachers and students were encouraged to submit act proposals that would be completed in their community— projects large and small that ranged anywhere from a week to an entire term. The winner would be awarded a cash prize of $3,000 for their school.

After weeks of deliberating and reviewing all of your amazing submissions, we finally have a winner: Jessie Claudio and Shoshana Burton of Richmond, British Columbia and their students at the Az Zahraa Academy and the Richmond Jewish Day School impressed us with their proposal, “Abraham’s Tent: Using Diversity as a Base for Unity”, a joint Jewish and Muslim service learning project. Together, they planned a week of giving: teachers and students alike spent the week handing out scarves, shoes, and bag lunches in one of Vancouver’s poorest neighborhoods and performing other acts of generosity in their community. “When people notice that there’s kindness in the world, they might actually change,” explained one student.

The group logged an impressive 100 total service hours within their community and made it a priority to meet on a regular basis in order to allow the 6th and 7th grade students to discuss what makes them unique and how to channel that into treating family, friends, neighbors and even themselves with more kindness. “We were surprised to discover the depth of the social and emotional learning they experienced,” Jessie admitted. “We were impressed by their ability to authentically share feelings, to listen empathetically and to accept that differences enrich life.”

“It was amazing– kids are so open and so loving,” said Shoshana. “This is the time that you want to start molding things, before they get hold of the wrong ideas and the misjudgments out there.”

“We learned there is incredible power in having students collaborate and take ownership of designing events that tackled societal issues,” added Jessie. “Their shared enthusiasm and we-can-do-it attitude amazed all the adults involved.”

The group plans to coordinate future service projects and acts of kindness with their winnings.

Congratulations to the students and staff of Az Zahraa and Richmond Jewish Day School! Your phenomenal work with “Abraham’s Tent” has made you this year’s Class Act award recipient!

Of course, with so many incredible proposals that flooded in over the past months, it was inevitable that more than one would catch our eye. Our runner up for this year’s award goes to Cindy Sung and her 8thgrade classmates at Dunloggin Middle School in Ellicott City, Maryland. With the help of one of their instructors, the group partnered up with the Howard County Senior Center to pair students with pen-pals and to provide a culminating “surprise social”, including live musical entertainment, games, and refreshments. “I came up with the idea for this project because I used to write letters back and forth with my grandpa,” Cindy said. “Since our main focus was helping our community, I thought it would be a great idea.”

“It took a couple of months to get this project into gear,” said friend and collaborator, Gracie. “But once we announced it to the school, we got an overwhelming response. We still have students on a waiting list.”

“At first, many students were too shy to participate, but in the end, they all jumped in at once,” Cindy gushed. She says they plan on using their prize money to plan even more acts of kindness with the other students at their school.

To both our winner and runner-up, and to everyone else who participated in this year’s Class Act contest, we thank you for the wonderful examples you’ve set in your community. Don’t forget: if you missed it this time around, you have plenty of time to submit your proposal for next year. We look forward to seeing what you do! 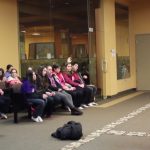 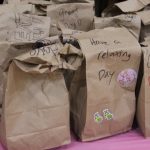 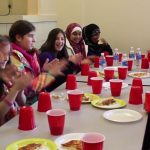 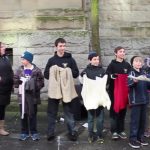 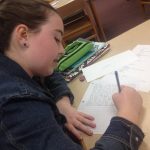 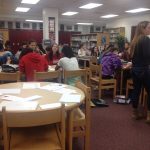 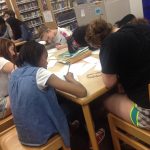