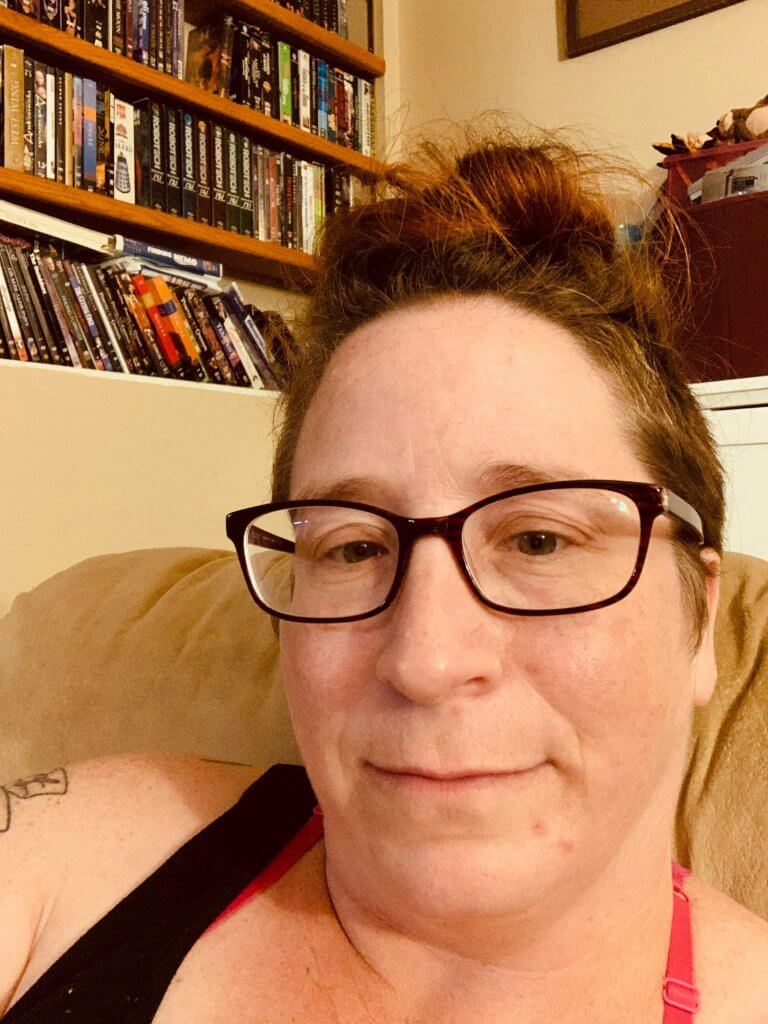 All over the world, our regional representatives are entrusted with seeking out ways that Random Acts can make a difference in their specific region. This way, we hope to help the widest array of communities possible, in ways best identified by volunteers directly involved in those communities.

Holly Olsen is one such representative, and her 24 years teaching experience make her perfectly placed to reach out to a large and varied network of Great Lakes residents. Holly currently teaches 6th grade English Language Arts at a Minneapolis middle school of over 1000 kids. Minneapolis-St Paul is very diverse, in part due to its “refugee friendly” status, and the public school system in which has students speaking over 70 languages, and includes ethnic groups not well-represented elsewhere in the USA, such as Hmong, Karen, and Tibetan populations.

Students were actually a big part of the motivation for Holly to join this organization. She is about to celebrate her one year anniversary here at Random Acts, and she has a beautiful story about how a classroom program inspired her to pursue a new goal and continue to grow. 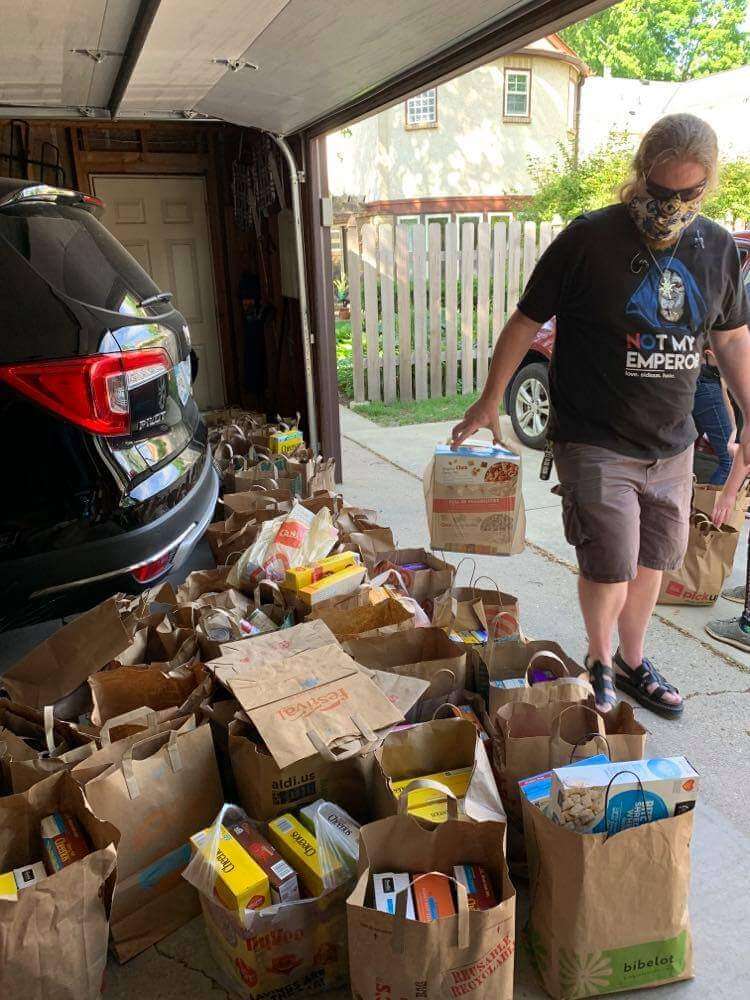 “The motivation to actually apply actually came from working with my students. At school, I work with a group called Project Success. Their facilitators come in once a month to the ELA classes and do a lot of goal setting stuff with the kids, as well as drama and organization. It’s a really cool group. I like to do the activities with the kids, as a role model. So, for the paper airplane dream activity, you had to write down something you wanted to accomplish and the steps you would need to get there. I had been playing around in my head to apply to Random Acts because I saw the openings, and I decided I was going to do that for my airplane. Figure out my steps, set my goal, and then, like the kids, fly my airplane into the future. But it really helped, having the steps written down, and knowing that it’s really good for the kids to see that, for instance, growing up doesn’t mean you stop having goals, or stop trying new things.”

As many people may find relatable, Holly admits to the process being quite challenging – she had not written a resume since 2010, when she last switched schools, and she had never written one for a job that was not teaching. However, she was able to utilize a free resume coaching service at her library and learned all about how recruitment has changed since she last applied for any sort of new role. She encourages others in a similar position to seek out similar help if needed, in order to stay on top of the way that hiring terminology changes, or how to best present your experience if applying for something new.

“I was like, man, things have changed so much. What’s a soft skill? How do I translate what I do in the classroom to an entirely different area of life? I had also had a pretty tough year, teaching wise, and had a moment where I got home and thought, am I too old for this? And I realized I didn’t know what I was if I wasn’t a teacher, and I became determined to try to figure that out. And also like, okay, so I can unit plan. What does that mean outside of school? Okay, so I can design something and implement, while troubleshooting and making day by day adjustments. I’m the department lead, so I work with staff to improve our curriculum. How do I write that? I did a lot of resume research.” 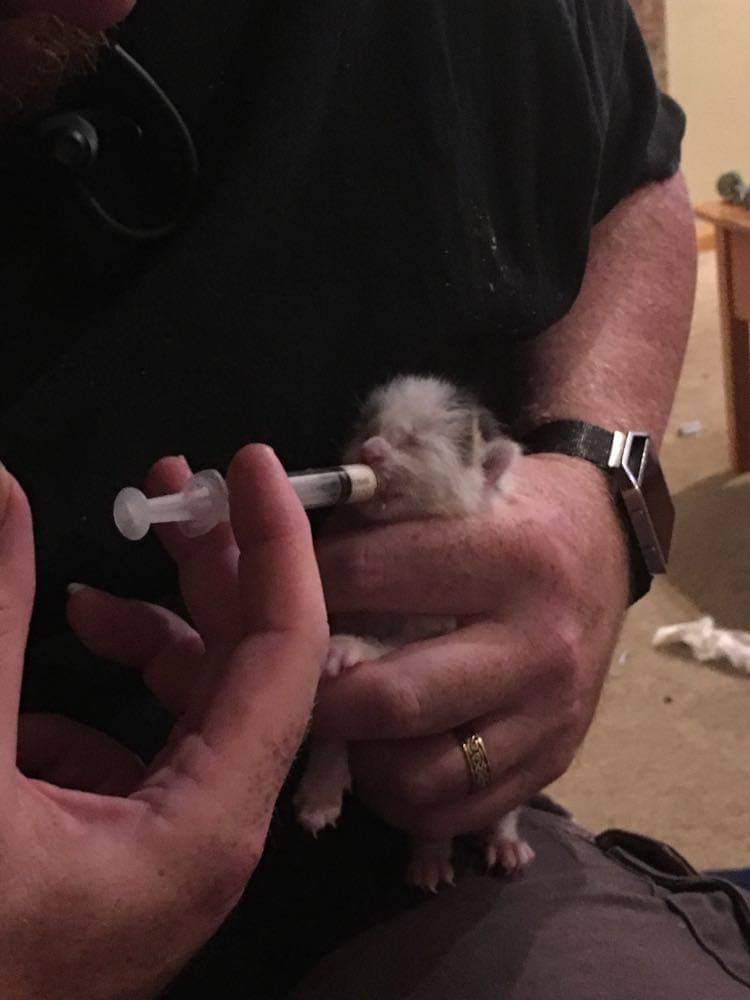 Holly’s diligence paid off, and she was granted an interview, which came with its own challenges – she actually did her interview while on a strict two-hour bottle feeding schedule for the orphaned kitten her family found abandoned on a paintball field! Abaddon the kitten was three days old when he was brought home, and thanks to Holly’s care, he made it through the risky period. “You go into the vet, and they remind you the kitten could die any time,” Holly recalls. But he is a happy pet today. In fact, Holly recently completed an Act of Kindness in honor of Abaddon’s birthday with a donation of needed supplies to the Bitty Kitty Brigade, a Minnesota rescue that deals specially with neonatal, unweaned kittens that need to be hand fed.

Since joining the Random Acts team, Holly has been extremely active in her duties as our Great Lakes regional representative, finding many opportunities to help spread kindness through funded Acts, participation in programs like E4K and Kindness Heroes, fundraising, and community engagement such as donation drives. She has also started a Friends of Random Acts group, building up a local team of supporters to lend a hand when a group effort is called for!

Finding Voices to Help and Amplify

Holly has found people in need through her school community as well as through several people in her circle, who were able to help identify individuals or families that could be helped with a gift of groceries or a warm coat.

“I’m friends with my school social worker, and then also my daughter and my best mom friend are also social workers. But I actually find a lot on my community Facebook pages. That’s how I found out about Chandra, the awesome woman who does free family portraits for poor families or families living in shelters. From Chandra, I met Annette, who put together her group to help young moms break the cycle of abuse.”

Her first recipient of an Act was her school’s lunch lady, who had an infant grandchild in very bad condition in the Neonatal Intensive Care Unit (NICU) at a hospital. Random Acts was able to provide a care package of restaurant vouchers and change rolls so the family could eat outside the hospital while waiting for news and treatment, and in the future, Holly would like to do something special for children’s hospitals themselves.

“I have a soft spot for pediatric hospitals. A good friend of my daughter’s got cancer at the age of 5, and I was really impressed with how the hospital worked to make it as un-terrifying as possible. I mean, still pretty terrifying, because cancer, but they were really trying. I really want to organize something for the University of Minnesota’s Children’s oncology ward. There were the people who impressed me the most. When we were visiting Ella, I got to see the game room. It’s also how I found out that, if kids have travelled to go to the big metro hospital with good care, their parents may not be able to be there very often. The nurses wind up doing both their nursing work and a lot of the day to day, minute by minute interaction with the kids. I met a nurse picking out toys for a three year old (attention span about 15 minutes at a shot) because he didn’t have adults with him that day and needed someone. So the game room and the playroom are really vital to the emotional well being of children getting medical care. They’re sick, but they’re still kids.” 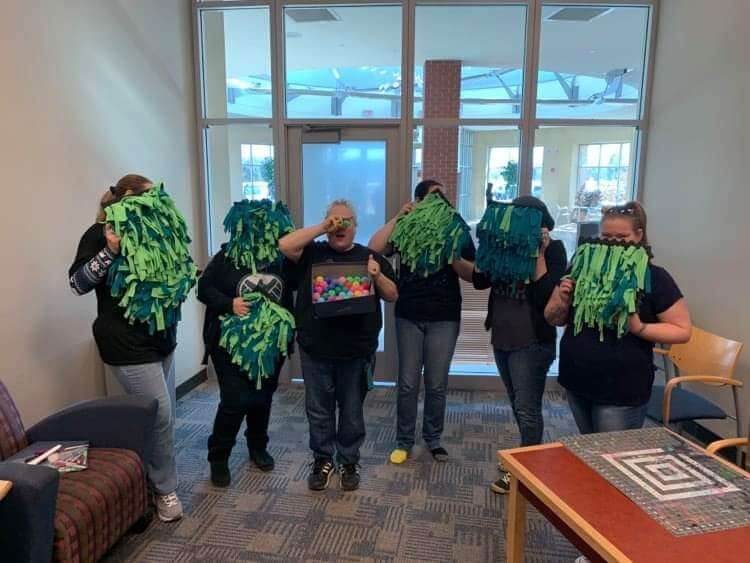 Of course, 2020 has brought unprecedented challenges to everyone. Holly has been affected both in terms of her teaching duties and her work with Random Acts. Holly’s school shut down due to COVID-19 on the 17th of March, and the teachers had spring break plus another week to plan how to transition to online learning. During this time, Holly was able to provide a COVID Relief Act to a local family, and she taught class online from April until the end of May. Then George Floyd was murdered. During AMOK, Holly was teaching her class about the concept of random acts of kindness, but midway through that week, the call was made to close down school, even virtually, due to many students living in the thick of the unrest.

“My school is in the third precinct, where the police station was burned down. We have 100 families within a three or four block radius of the police station. They [the school] had to suspend food service because the neighborhood was too unsafe. We kind of staggered through those last days, but the CARE team was trying to get families to safety; the staff was exhausted; and the neighborhood was destroyed.”

Even in the Dark, There is Hope

“Our Sanford parents organized a food drive, because the grocery stores were gone, and it went viral. Mountains of food. I went with some supplies for AMOK and wound up staying 5 hours and ferrying food deliveries around the city, as well as calling GISHy friends in to help.

“Then Alex called and offered funds to help me help kids, so I asked our social workers and counselors and spent the next month buying toys and games for the kids so they could have quality family time. The CARE team arranged delivery through the neighborhoods, with staff dropping off toy care packages at people’s homes. My social worker kept texting me pictures and letters from the parents. It was really nice. That was definitely the best part of this so far pretty hideous summer.”

Holly has certainly risen to the challenge of representing Random Acts’ mission in her region during a really difficult period of great need and stress – she is a true Kindness Hero.