Why “Niceness” Will Not Do

Inspired by our Co-Founder Misha’s recent statement that “Kindness has a spine”, the Random Acts writing team is endeavoring to tackle some tough issues. Our goal is to amplify marginalized voices, educate our supporters, and shine a light on issues in the shadows. Today, we want to make an important distinction between niceness and kindness.

Niceness is not the same thing as kindness. At best, niceness is performative. At worst, it is harmful. Here are some examples of niceness that illustrate why “nice” should never be something to prioritize. 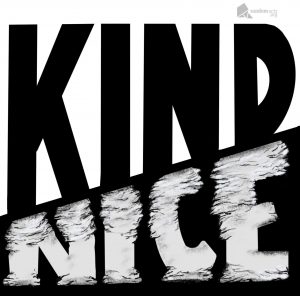 Niceness can act as a stumbling block in the way of critical conversations when there is such a focus on discussing things nicely that conversations around important issues get derailed. This is called “tone policing.” Tone policing is often used as a bludgeon to silence people of marginalized identities. Their emotion is used as a reason to disregard them as “too hysterical” to have a productive conversation. In other words, they are not being “nice” enough.

Feedback in a “Nice” Culture

A culture of niceness often leads to a toxic dynamic where critical feedback is stifled. Female identifying people tend to bear the brunt of the expectations to be nice because of long standing sexist assumptions about a “woman’s gentle nature”. When niceness prevails, mistakes and resentments fester. Conflict is not inherently bad. Critical feedback leads to growth.

Niceness can stumble by avoiding uncomfortable feelings altogether, but doing the work of dismantling unjust systems means you will be uncomfortable at times and you have to be okay with that. Sit with discomfort. Listen to what it is trying to teach you. When you are ready, jump back in. The fight will be waiting for you. Until then, consider the following words of a man who knew how useless niceness is in the fight for justice:

“I have almost reached the regrettable conclusion that the Negro’s great stumbling block in his stride toward freedom is not the White Citizen’s Counciler or the Ku Klux Klanner, but the white moderate, who is more devoted to “order” than to justice; who prefers a negative peace which is the absence of tension to a positive peace which is the presence of justice; who constantly says: ‘I agree with you in the goal you seek, but I cannot agree with your methods of direct action’; who paternalistically believes he can set the timetable for another man’s freedom; who lives by a mythical concept of time and who constantly advises the Negro to wait for a ‘more convenient season.’ Shallow understanding from people of good will is more frustrating than absolute misunderstanding from people of ill will. Lukewarm acceptance is much more bewildering than outright rejection.”
~Dr. Martin Luther King Jr., Letter from the Birmingham Jail

Now that we have taken “nice” off of the table, what does it mean to be kind?

“If you have come here to help me, then you are wasting your time. But if you have come because your liberation is bound up with mine, then let us work together.”
~Aboriginal activists group, Queensland, 1970s (often attributed to Lilla Watson)