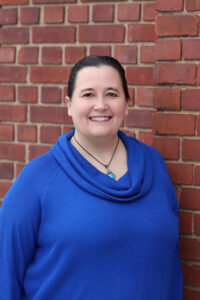 Dr. Jennifer Willis-Rivera has held a variety of positions in her nearly seven years at Random Acts. She started off as a Development Officer in 2014 (among many other roles) and was promoted to the Director of Operations position in 2018, a position she held until joining the Random Acts Board. She helped spearhead several massive projects for Random Acts, including the creation of the Crisis Support Network, the Giving Back Tour, and the Bad Idea Tour, to name a few. Under her leadership in the DOO role, Random Acts has grown from 28 volunteers to over 100.

Outside of her work with Random Acts, Dr. Willis-Rivera has a Ph.D. in Communication Studies and is a professor at the University of Wisconsin at River Falls. Her area of expertise is in intercultural communication with a focus on racism and prejudice, and she wrote a book on the essentials of intercultural communication. As someone who has been with the organization through many periods of growth, Dr. Willis-Rivera hopes that the next few years for Random Acts will inspire people, saying that, “I want to see these small pieces of kindness that I have experienced all over the world.”