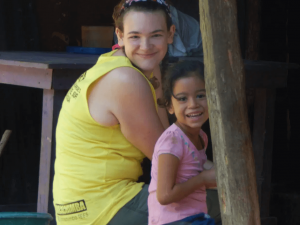 Dreana officially joined the Random Acts team as a staff writer in 2018 and was promoted this year, but she has been involved with us quite intensively since 2015, as one of the biggest supporters of our Dreams to Acts: Nicaragua program that funded the Free High School of San Juan del Sur. 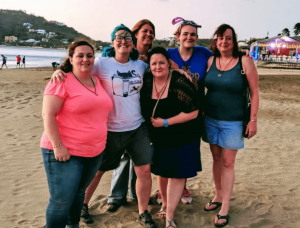 Six Random Acts supporters met the attendee goal of every Dreams to Acts fundraising campaign and joined Random Acts on all three of our working volunteer trips to Nicaragua. Dreana was one of them. She was also in attendance for the grand opening of the first building that was completed. On her trips in November 2015, July 2016, February 2017, and February 2018, Dreana forged a very special connection to this project and the people she met in Nicaragua, both fellow volunteers and locals – in particular, a special little girl named Vilma, who Dreana says she still think about most days.

“It’s what I’m most proud of in life, to be honest. The fundraising itself was overwhelming at times, but it was 10000% worth it,” Dreana says. She was introduced to Random Acts by a friend who participated in one of the Hope 2 Haiti trips. This introduction came during a period of her life when she was recovering from a traumatic brain injury, re-learning to walk and talk, and dealing with epileptic seizures made worse by the injury.

“Basically, I was frustrated and feeling so lost and hopeless. And in comes my friend, talking about Random Acts. What really stuck with me was the fact that it wasn’t all large scale, thousands of dollars endeavors. I fell in love with the idea of ordinary people making a difference at the local level. The emphasis on the everyday act of kindness and how that holds power, too. It wasn’t all at once or anything, but it marinated in my mind a while, and it gave me so much hope.”

Dreana still remembers the moment when, several years later, she saw the news that another Dreams to Acts campaign was launching. Reading about the project’s goals motivated her to take the plunge and try to fundraise – something she had never done before.

“I actually made this little motivational sketch for myself that year that had Big, Scary goals, one of which was reaching the $5,000 and going to Nicaragua. I drew out this windy path with things to look forward to like that, and getting the summer fellowship I wanted with the National Science Foundation, and getting an A in fragmentary osteology, which was a notoriously difficult course in my major. And then let myself actually hope for them and work for them. I think there were five big goals total I added to it? And I reached each one that year.”

Dreana says that she tries to explain to people that her life had changed before she even got on the plane for Nicaragua because of the fundraising experience alone. Asking people for money, persistently, is a learning curve, and something Dreana – who describes herself as pathologically anxious over confrontation, rejection, and social interaction as a whole – had to push herself for, hard, explaining that this was entirely out of character for her to attempt.

She started with friends and family, posting on social media and wrote personal messages to everyone she could think of, explaining what the project meant to her, and asking for $10. During her three campaigns she branched out in fundraising, including events with local businesses, t-shirt and craft offerings, raffles of donated items, and a number of other things. 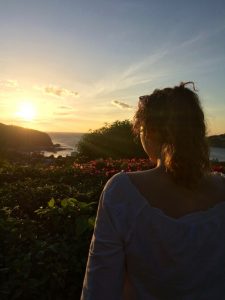 “I underestimated how much of a job it becomes,” Dreana admits, speaking of her first time around. “There’s the psychological aspect where you’re breaking that taboo by talking about money, and then you’re outright asking people for their money, and being told no more often than yes. That alone can be exhausting.” Repeating the process year after year does not get any easier, Dreana acknowledges, with fundraiser fatigue setting in just as much as donor fatigue might. But to those who want to raise money for a cause in future, Dreana has this advice.

“I think the most important thing is to remember why you’re doing it. Why it matters and is worth the effort to you. It’s a combination of practical advice and emotional help. Because then you have almost justification you can give people when you’re asking. But, more importantly, it’s a reminder for you every time you’re told no. You can remember that you’re doing this for a reason and that reason is worth it. Even if you don’t get one single donation, you have found something that has meaning for you, and you’re doing your absolute best to make this world a better place. That’s all anyone can ever ask of you.”

In addition to volunteering on the Random Acts trips, Dreana has also been a crisis responder at IMAlive since 2017. But, wanting to stay active with Random Acts once the Nicaragua project was officially wrapped up, Dreana officially became a staff member in 2018. Despite never having been a “professional” writer (her degree is in forensic and biological anthropology), she had valuable experience when it came to writing to advocate for Random Acts, thanks to her three years fundraising for, and blogging about, Dreams to Acts.

As we are well into December, Dreana’s writing work will soon turn to coverage of our “Holiday Acts,” where our staff are able to find causes to support in some special way related to the holiday season, in order to help individuals or families make things special at what can be a difficult time. Dreana admits that writing about our Holiday Kindness Acts makes her “even sappier than usual,” and given what a stressful year this has been, the 2020 Holiday Acts are sure to be unique – and very uniquely needed. 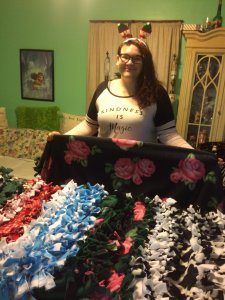 “I love writing about any acts, but holiday acts are always especially magical to me. There’s so much that’s hard right now especially, and so much bad news. And that’s not to be ignored, of course. But having a light in the dark matters, too. I love having a part in that. Being able to say, “Hey look, there are still good people trying to make the world better!” “here’s a practical way to make a difference right now” “Your kindness MATTERS.”

“People see those stories and hopefully they feel a moment of hope or joy. Maybe they’re even inspired to do something similar, or it sparks an idea for them. And Random Acts has the resources to help make those ideas a reality. I really try to emphasize that. It doesn’t need to be a grand gesture. Your kindness ripples out when you do something from home in your pajamas, too.”

Like many others, Dreana’s family has not had an easy 2020. She and her mother, who are both immunocompromised, each contracted COVID back in April, and her family is still dealing with the after-effects. However, the burden was lightened a bit by a wonderful act of kindness from her Random Acts support network: “The day after we found out, one of my friends I met through Dreams to Acts drove a 5 or 6 hour round trip to my house to drop off allergen safe food for us. She brought her family and had an entire car load of groceries she unloaded onto our porch while mom and I held up message signs to my bedroom window. I mentioned it and less than 24 hours later she was there, without ever being asked, ready to do all that only to drop things off and see me through a window.”

Holiday kindness for Dreana in 2020 will include plenty of self-care due to the circumstances she is recovering from. However, her whole family is also joining in on the sponsored Holiday Act that Dreana is working on – putting together baskets of no-prep food for families at a local hospice home, where families have less access to the shared kitchen due to COVID restrictions. The aim, she explains, is to offer things they can grab and eat in the room without thinking too much about it – letting them focus on more important things and stress less over food.

And as this is our final staff profile of the year, of course Dreana had to share her thoughts about what we have achieved here at Random Acts during 2020.

“For 2020, I’m proudest of how the organization rallied as a whole, and how we’re still doing so much good. I’m proud of the COVID funds we’ve raised and distributed to give concrete aid. Even though we’re 100% unpaid volunteers trying to survive a pandemic, we still were able to care for each other and continue on.”

“For the writing department specifically, I’m proud of the more serious pieces we’ve been doing to educate on the intersection of kindness and justice, or kindness and equality. Our “spine” pieces, we’ve been calling them, because “Kindness is not meek. Kindness has a spine.” It’s important work and I’m so proud of everyone who has been contributing to brainstorming, researching, writing, editing, and posting them. They’re more labor intensive, but they’re so important.”

Dreana has had an incredible journey with Random Acts, and if she inspired you to participate, you can apply for a sponsored act or apply to join our volunteer kindness crew.